Thompson Miami Beach is excited to announce its NEW FALL PROGRAMMING and partnership with experienced based concert production company III Points. Together, they created a banging lineup of events at the hotel’s 1930s House and its two pools, with live entertainment (bands, performers, DJs), taking place over the next three months.

The hotel is kicking off its first Thursday night live music-activation, Our House, in the 1930s House, tomorrow, September 17th at 9 pm with rock band Grey 8s and DJ Airtime.

On Sunday, Sept. 20 at 1pm the hotel is introducing its new weekly pool party Deep End with Legs Benedict.

“Host Name’s” House starts Saturday, October 10, in 1930s House and will also feature a mix of soulful house and disco from national talent. The name of these Saturday night activations will be named after the artist i.e. “Julio’s House” for DJ Julio Victoria 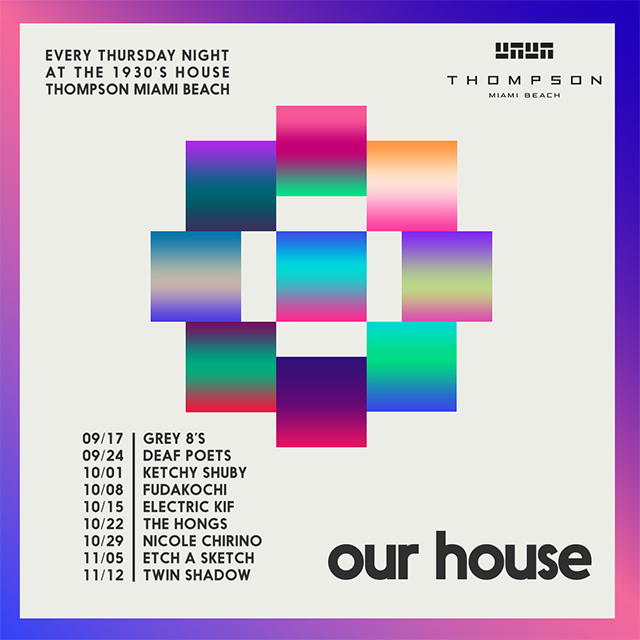