To coincide with Miami Contemporary Art week, Jean-Claude Biver, CEO of TAG Heuer and President of the LVMH Watch Division, has announced the appointment of ultra-hot American artist Alec Monopoly as Art Provocateur for the Avant-Garde brand.

Named by Tag Heuer as their new Art Provocateur, Monopoly was joined by Tag Heuer CEO Jean Claude Biver and select invited insiders including hip hop artist Fat Joe to be the first to lay eyes on the up until now secret project. 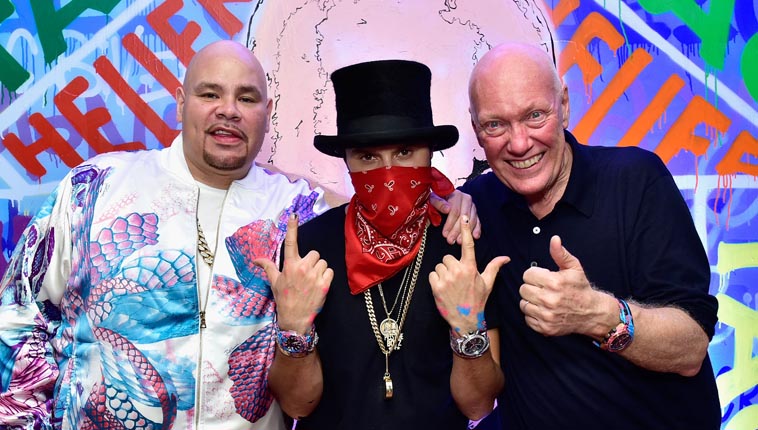 The installation can be viewed through Art Basel by global art connoisseurs and locals until November 30, 2017 while a week long TAG HEUER pop up shop and gallery will be open to the public for the duration of Art Basel.

The event was followed by a celebratory private dinner, which featured Alec Monopoly creating a one of a kind painting live and an after party at the same location.

Have you seen the installation yet? Let us know in the comments.