A bevy of SI swimsuit models ditched the NYC winter storms and fled south to Miami to complete the second leg of their trip to kick off the Sports Illustrated Swimsuit 2016 issue.

Aussie provided on-site styling and gave touch-ups to models at the Aussie Beach Bungalow at 1 Hotel South Beach including Chrissy Teigen, who was chatting about her pregnancy and cravings; a very gracious Gigi Hadid showing one fan how to take the perfect selfie; Blonde SI vixen Erin Heatherton commenting how the 2016 SI Swim issue is “all about T&A” – and that she’s definitely “a T girl” as it’s her strongest “asset” ;).

There were SO many models in fact that 7-time SI swim vet Chrissy Teigen – eight months pregnant was overheard joking that the red carpet was “slower than the one at The Grammy’s.”  Teigen flaunted her lush curves in a skin-tight black midi halter dress with revealing lace-up sides, telling a reporter she “can smell chocolate in the air,” and that she was “naturally the one most looking forward to the barbecue” at 1 Hotel South Beach served by STK at the cocktail party that followed. Doting husband John Legend couldn’t stop staring at his bombshell wife, holding hands all night. The couple was seen hanging with Gigi Hadid and Lily Aldridge before departing for a private concert by Wiz Khalifa at Story nightclub. 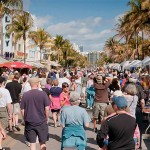 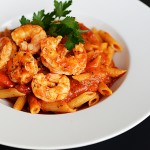